Pies aren’t that popular here in the Philippines. At least for me, I only eat at an average of three slices of pie per year. And the pies that I do eat are always sweet, dessert pies. For the English food culture, pies are almost a staple. More than the sweet ones, there is an abundance of savory meat pies that is a favorite amongst many.

Here is a recipe for a simple chicken and bacon pie:

10. Some pastry for the top

Fry the chicken and bacon until both are nearly done. Add flour, milk, and stock. 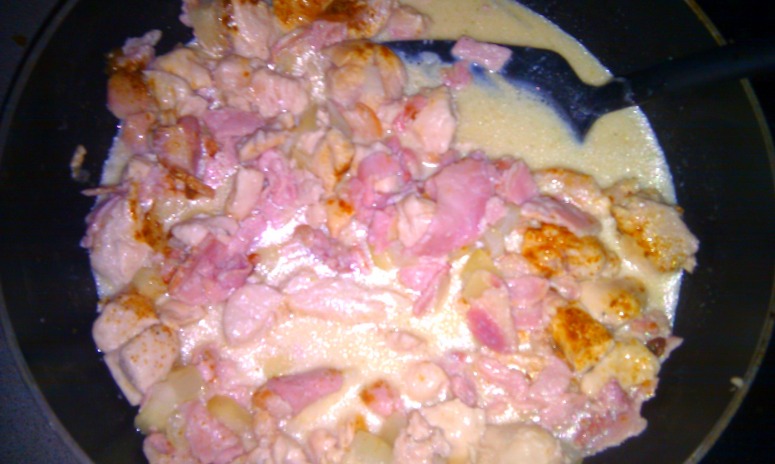 Boil until the liquid thickens. Then add coriander, sage, and the defrosted vegetables. 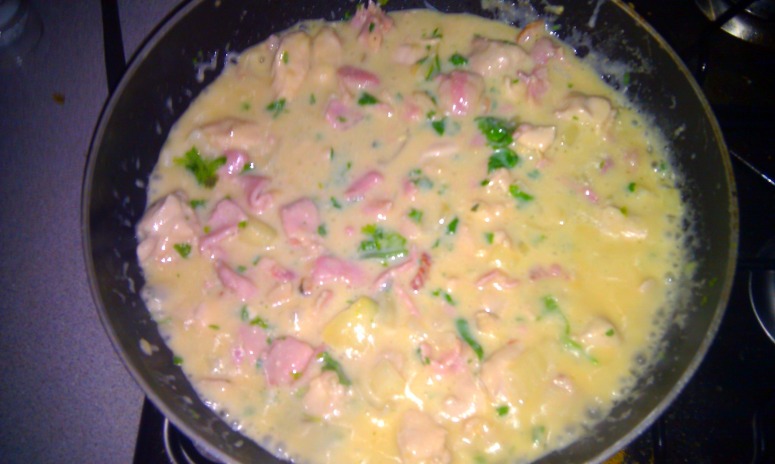 Transfer the mixture into a pie dish. Add the pastry on top. Just make sure that it’s the same thickness all around so that it cooks evenly. Pop into the oven for 20 to 30 minutes at 200 degrees Celsius or until the pastry is done. 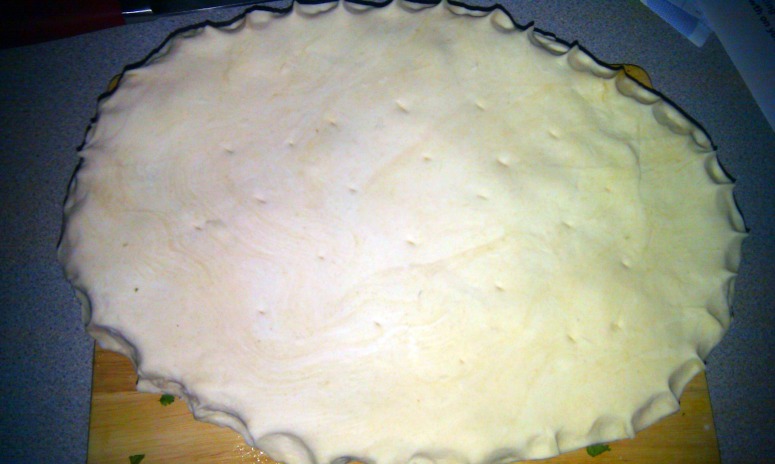 Then voila! A chicken and bacon pie to eat alone or to share with others. 🙂 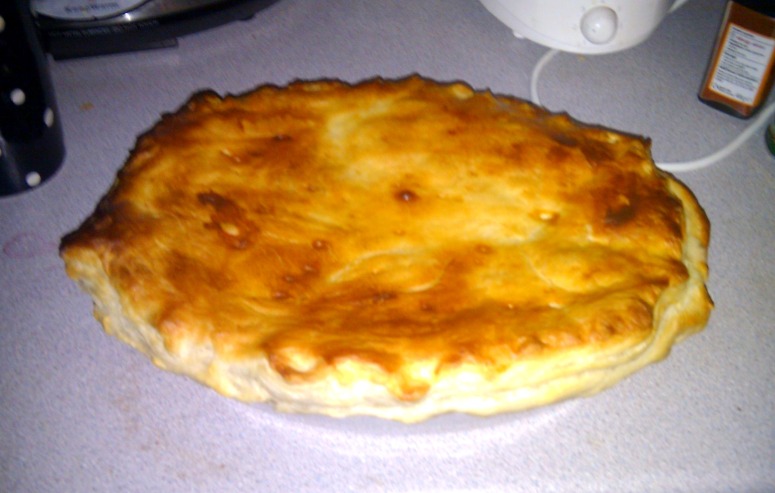 2 thoughts on “Chicken and Bacon Pie, Anyone?”